The role of the FDA US Agent has changed dramatically.  Be sure that you understand these changes. 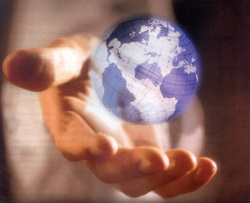 Ever since the implementation of the Bioterrorism Act of 2002, all foreign companies that manufacture, process, pack, or hold food or beverage products for human or animal consumption have been required to register with the FDA.  As part of the registration process, the foreign facility must nominate an agent in the USA that maintains a physical presence here.

For the past 10 years, anyone with a physical presence in the USA could act as the US Agent.  This includes businesses both large and small, or individuals that may be associated with the foreign company, or even a friend or relative.  The role of the US Agent was basically to maintain a presence in the USA and serve as a communication link between the FDA and the foreign food company.  There was very little, if any risk associated with being
named as the US Agent.

THAT HAS CHANGED DRAMATICALLY with the passage and implementation of the Food Safety Modernization Act in 2011.

Second, whoever is nominated as the US Agent must be willing to accept the new responsibilities.  From FDA's perspective, for registration purposes, listing the name and contact information for the U.S. agent in the registration is sufficient to "authorize" the agent. For its own business reasons, however, a facility may want to formalize its relationship with the agent with some sort of written agreement. Regardless of whether there is a formalized relationship between the facility and its U.S. agent, FDA does expect that the personnel from the facility will have verified that the person designated in the facility's registration as its U.S. agent is willing to serve as the agent.

Fourth, and by far most importantly, the new FSMA law gives the FDA the ability to collect fees, including charges to cover 100% of FDA's costs for re-inspections of foreign food facilities. A re-inspection takes place if the foreign facility has failed an initial FDA inspection due to noncompliance  related to a food safety requirement.  A re-inspection is conducted specifically to determine that compliance has been achieved. The fees charged by the FDA will be based on the number of direct hours spent on such re-inspections, including time spent conducting the physical surveillance or re-inspection at the facility, making preparations and arrangements for the re-inspection, traveling to and from the facility, drafting any reports, analyzing any samples, and reviewing any product labels. FDA estimates that the average time spent on re-inspection will be 120 hours.  For 2013, FDA will bill this at a rate of US$289.00 per hour.  FSMA does set a limit for the FDA, however - it limits the amount charged for such re-inspection costs to $25 million.  In any case, an average invoice from the FDA would be approximately US$35,000.00 based on 120 hours of work!

No one serving as a US Agent will accept this liability without recourse to obtain reimbursement from the foreign facility client that has been subjected to the FDA inspection / re-inspection process.  Many persons or business that have served as the US Agent for many years may not even be aware of the new legislation.  Many others are ending this service.  BE AWARE - communicate with your US Agent to determine if they are willing to accept this new role.  Expect new contracts or written agreements with the US Agent that transfers this liability to the registered foreign facility.